This system is intended for companies and other entities with their headquarters or business facilities located in Shiga Prefecture to confirm, using a check sheet, their initiatives for ensuring biodiversity and sustainable use of natural resources throughout their business activities. Shiga Prefecture issues certification on a three-star rating (one star, two stars, or three stars) according to the number of the initiatives taken by the relevant entity. This certification needs to be renewed every three years. As three years had passed since the previous certification, Nippon Electric Glass applied for the certification once again. As a result of the screening by the Shiga Biodiversity Initiative Certification System Screening Committee, the Company’s certification as a three-star entity has been renewed.

Nippon Electric Glass holds consideration for the environment as one of its important values and believes that practicing the world’s most efficient manufacturing process is, in fact, the key to realizing the world’s most environment-friendly manufacturing. Based on this belief, while pursuing a sustainable form of manufacturing, the Company strives to reduce environmental footprint and conserve biodiversity. Currently, to contribute to the prevention of global warming, the Company is working toward the targets of reducing CO2 emissions (Scope1+2) by 36% and reducing production intensity (Scope1+2) by 60% by 2030 compared to 2018. In addition, the Company is aiming to achieve carbon neutrality by 2050.

Moreover, the Company has concluded a Lake Biwa Carbon Credit partner agreement with General Incorporated Association Shiga Prefecture Afforestation Public Corporation (Director: Mr. Taizo Mikazuki [Governor of Shiga Prefecture]). By purchasing J-credits on a continual basis, the Company provides support for the conservation of the forests that serve as the source of Lake Biwa, in cooperation with Shiga Prefecture. On top of these efforts, there are many other activities carried out by the Company, such as half a century of conservation of the riverside forests around the Company’s business facilities, continuous support for Uminoko, a ship for elementary school students in Shiga Prefecture to learn about the environment, and participation in an activity for extermination of invasive fish from Lake Biwa to preserve the lake’s ecosystem. Through these efforts, the Company will continue its commitment to conserving biodiversity. 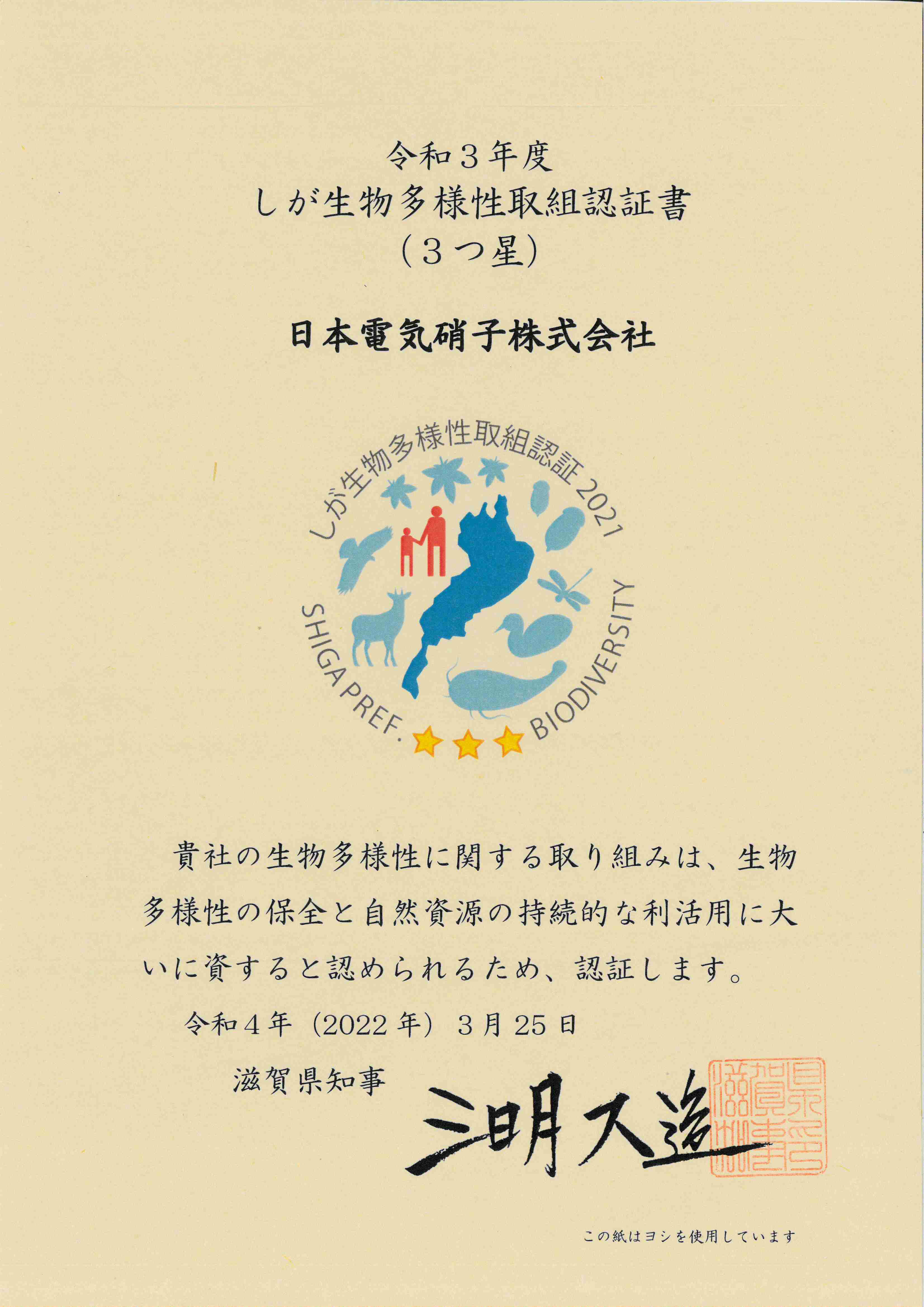